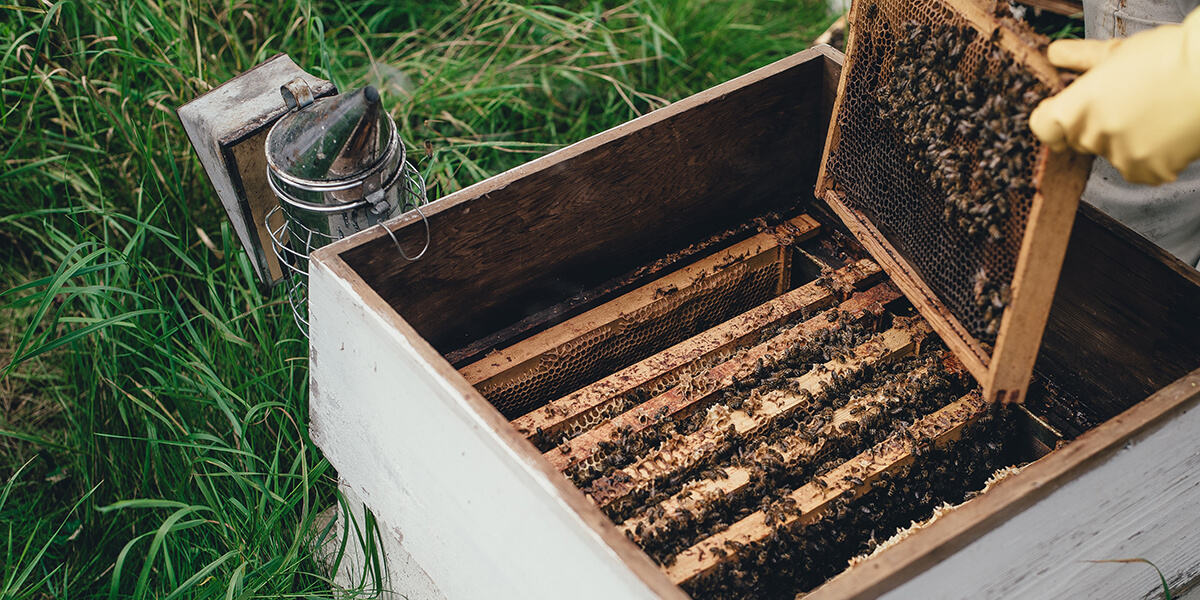 Applying a treatment for Varroa mites after the honey harvest in fall is one of the best ways to keep levels of these pests under control during the winter.

In most areas, Varroa mite populations tend to increase in hives over the summer months and hit a peak just as honeybee colonies are laying eggs and raising brood for the winter. These winter bees will already face the seasonal stressors of winter, and adding a large Varroa infestation to the mix can cause the collapse of an entire colony.

Knocking back the population with a fall regimen that includes a proven treatment for Varroa mites will give your bees an improved chance at surviving through the winter. In the video, we show how to apply three of the most popular treatments for Varroa mites:

Recommended Dosage: One strip for every five frames

Apistan strips are a chemical method used to kill Varroa mites in honeybee hives. The active ingredient, 10% fluvalinate, works to disrupt the nervous system of the mites but has low toxicity to honeybees.

To use the Apistan strips, we recommend hanging one strip per five frames of bees. In the video, the upper and lower boxes each hold ten frames, so we added two strips to each. It is very important to use the full dose during treatment to avoid building up resistance to Apistan in the mite population.

Apiguard is a thymol-based treatment for Varroa mites, which is a component of botanical thyme oil. A full dose of Apiguard consists of one foil pack added to a hive for two weeks, which is then replaced with a second foil pack for an additional two weeks. In the video, you can see the Dadant Rim Spacer Kit set up that gives the bees plenty of room to access the treatment.

Recommended Dosage: One strip in the brood box for 10 days

Mite Away Quick Strips are a formic acid treatment for Varroa mites designed to kill the mites under the brood cap where they reproduce. Therefore, it is important to place the strips at the top of the box with the brood in your hive.

To use Mite Away Quick Strips, place one treatment on top of the brood box for 10 days. At the end of the treatment period, remove and safely discard the strip.

Dadant Pro Tip: As is the case with all medications, be sure to wear protective gloves and avoid getting the treatments on your skin or in your eyes, nose or mouth.