Early 20th-century French entomologist August Magnan theorized, based on known laws of physics, that honey bees’ wings were too small to facilitate flight. The magic of honey bee flight remained a mystery – until very recently.

Let’s dive into the fascinating world of honey bee flight.

In addition to being used for flight, honey bee wings can also function while the bee remains in place. Bees flap their wings while remaining stationary to move air throughout the beehive to regulate temperature, to spread pheromones throughout the hive, and to evaporate nectar moisture. 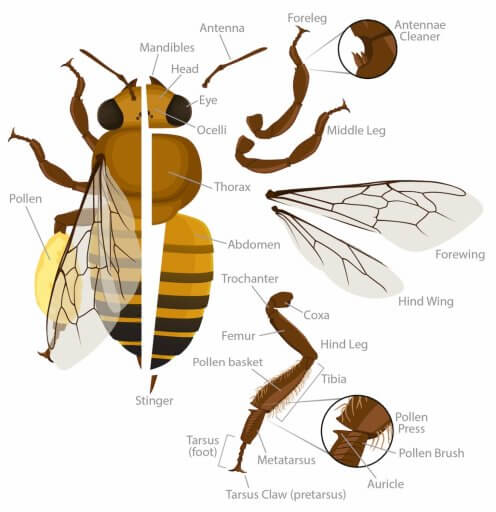 How Do Honey Bees Fly With Such Tiny Wings?

As we mentioned at the outset, conventional scientific knowledge, up until very recently, dictated the impossibility of bee flight (and also hummingbird flight based on the same principle) due to the miniature size of their wings.

Research within the past few years (2017) published in The Royal Society has shed new light on what really gives honey bees their power of flight — in spite of their apparent mechanical disadvantage.

“Up until the 1990s it was assumed that bees used a continuous flow of air over their wing to generate lift, similar to how commercial planes fly. But in 1996 it was discovered that bees also have tiny tornado-like airflows that form on the leading edges of their wings, known as leading edge vortices (LEVs).”

In laymen’s terms, researchers and bee enthusiasts dubbed the newly discovered LEVs “tiny tornadoes.” Following their documentation, were initially credited as directly providing the previously-assumed-impossible lift that the bees need to stay airborne.

However, the initial assessment of LEVs’ role in bee flight turned out to not be entirely accurate. Upon closer examination, scientists discovered that the tiny tornadoes weren’t actually directly responsible for the lift.

What actually enables honey bee flight is the ability, which is conferred by the LEVs, to angle their wings at a sharper angle against the sky. This optimizes the airflow across the top of the wings.

Essentially, the “tiny tornadoes” create an ideal pressure ratio between the top and bottoms of the wings, which in turn provides the lift. So the LEVs are actually indirectly responsible for the bees’ flying ability, even with their tiny wings — not directly as previously believed.

Here is a graphical representation of how LEV works: 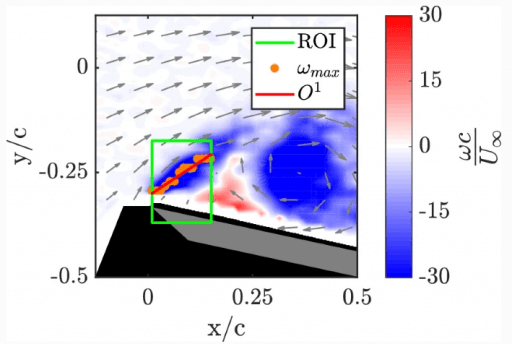 Research has shown that honey bees’ two-wing design, in combination with the flexible hinge between them, affords the honey bee very specific aerial advantages in terms of angling the wings and, in turn, generating extra lift (we’ll discuss this more in an upcoming section):

“The sclerotized hinge-like connection of the coupling structure allows a large angle variation between the wings (135°–235°), so that a change is made from an obtuse angle during the pronation and downstroke to a reflex angle during the supination and upstroke. Our computational results show that in comparison to a model with a rigid coupling hinge, the angle variation of a model having a flexible hinge results in both increased lift and drag with a higher rate of drag increase.”

Many ancient philosophies posit that nature is the best teacher – a maxim that repeatedly proves itself to be reliably true.

For a variety of reasons, not the least of which being their ingenious wing design and function, honey bees’ wings have proven to be fonts of wisdom as well as sources of inspiration for tech entrepreneurs.

Just as the Wright brothers used the principles of flight observed in birds to design the first airplane (after, obviously, much trial and error and failed attempts), so modern aviation experts are looking to the structure and function of honey bees’ wings for inspiration as they design so-called “micro air vehicles” (MAVs):

“High lift at low Reynolds numbers is an essential feature of biological propulsion based on flapping wings and is a promising technology for future micro air vehicle (MAV)… High transient lift on flapping wings of insects and birds is attributed to leading edge vortex (LEV) growth on the wing… Therefore, maintaining a longer vortex growth phase by delaying its detachment with the aid of local flow control can increase the overall vortex induced lift on flapping wings and thus enhance the manoeuvrability as well as the gust-tolerance of MAVs.“ 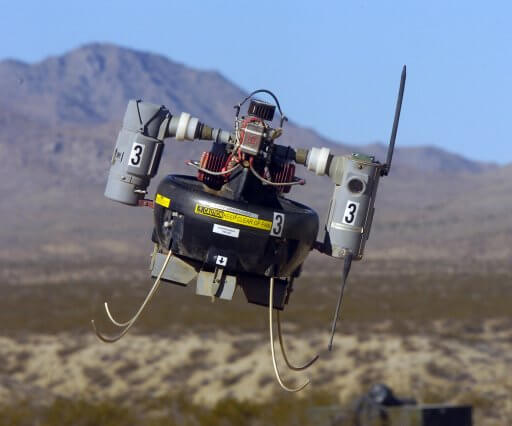 The future intended designs of MAVs look an awful lot, in fact, like honeybees – with some being as small as a few centimeters in length.

Consider, for example, the research currently underway at Harvard University to develop “robotic, insect-scale devices for monitoring and exploration of hazardous environments, such as collapsed structures, caves and chemical spills” to be deployed by the US Air Force and other groups. 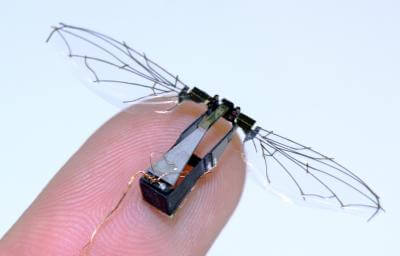 If you’ve got more questions about the magic of honey bee flight, or more general questions about beekeeping, don’t hesitate to contact the experts at Contact Dadant & Sons.

We’ve got hundreds of years of cumulative experience across multiple generations of our family, and we’re here to lend our hard-earned applied knowledge to you, our customer.