Beekeepers with colonies along the eastern coastline of Florida, Georgia, South Carolina and North Carolina are being warned of the potential for flooding and wind damage from Hurricane Matthew. An estimate of regular in-state colonies as well as migratory beekeeper colonies brought to the Southeast for overwintering has been put at over 250,000 by some estimates. Many of these colonies could potentially be affected by coastal flooding, as well as wind damage, as Hurricane Matthew travels up the coast along it projected path. A number of Florida colonies are currently in place for the major Brazilian Pepper honey flow, which almost certainly will also be impacted by the hurricane. 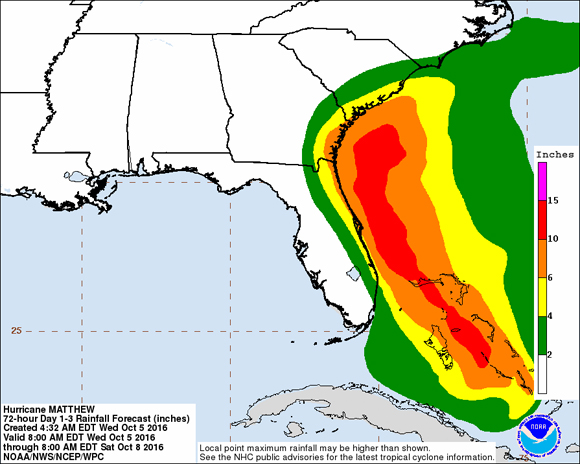