You invest a ton of time and energy into building, maintaining, and harvesting honey from your beehives – so the last thing you need is for an animal to get into them and ruin all your hard work.

From mice to bears to wasps, marauding animals can wreak havoc on, and even destroy, your beehives. Some of these animal vandals eat the bees themselves while others are after the honey. We’ll discuss both coming up.

Here, we’ve broken down some key strategies, animal by animal, to keep each type out of your hives.

Despite being a fictional account of anthropomorphized animals in the forest, the Winnie the Pooh cartoon did, in fact, depict bear behavior accurately on at least one count: they love honey. And, given their size and power, they can be highly destructive – potentially ripping apart your hive, sucking the honey out, and leaving a wreck behind. 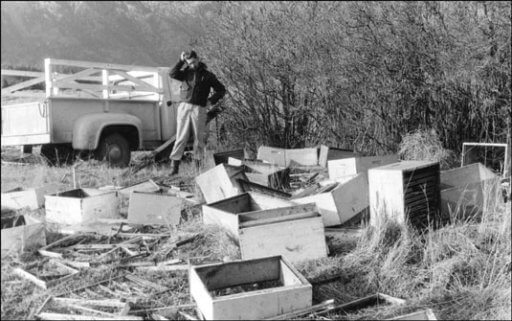 Check out this bear sizing up a beehive:

And not only might hungry bears destroy your hive once; if you rebuild and keep it in the safe spot, you can bet that same bear will remember the location and return at a later date for round two.

If bears are a reality in your region (for example, in the Rocky Mountains), then the only real way to protect your beehives is to install a relatively high-voltage electric fence.

Keep Mice and Rats Out of Your Beehive

Just as they are an unwanted nuisance in a home (for a number of reasons, not least of which their status as disease harbingers), rodents are also unwanted guests around beehives.

Mice and rats frequently make winter homes out of beehives because of the warmth and shelter they provide. While they might not do any damage to the bees themselves, rodents can inflict significant structural damage on the hive’s foundation as well as damage the combs.

When you’re setting up your beehive for the winter months (“winterizing”), take the following precautions to keep these pests out: 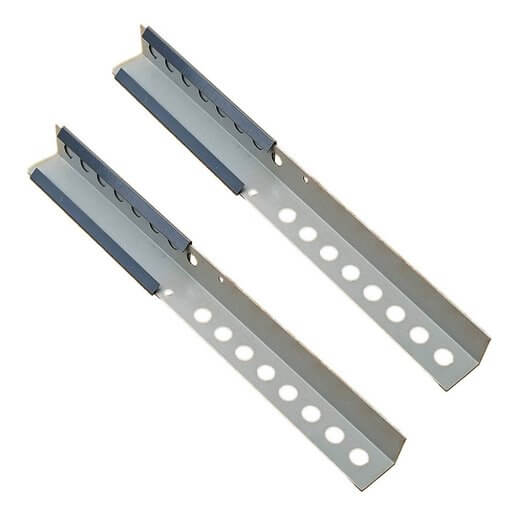 While most people don’t think of them as predators, skunks actually eat bees and other insects. They often launch attacks on beehives at night, creating a disturbance outside until their presence stirs the attention of the bees inside.

The bees then get active, present themselves, and promptly become a delicious late-night snack for the hungry skunk family.

Raccoons have a remarkable capacity to engineer a way to remove even well-designed, secure beehive lids to get at the goods contained inside.

Here’s out to mitigate the damage from skunks, raccoons, and other furry little beehive pirates:

*A note of caution: take steps to ensure that you remind yourself of the bed of nails when you next visit your beehives, lest you fall victim to your own clever devices.

Now onto the birds and the bees.

Several bird species are notorious for eating bees. Usually, this isn’t a problem as the casualties to the beehive are greatly outnumbered by the survivors. Accordingly, these aerial assaults usually don’t have a notable negative impact on the health of your beehive.

Sometimes, though, they present a problem in need of a solution.

In the United States, the most common bee-eating birds include: 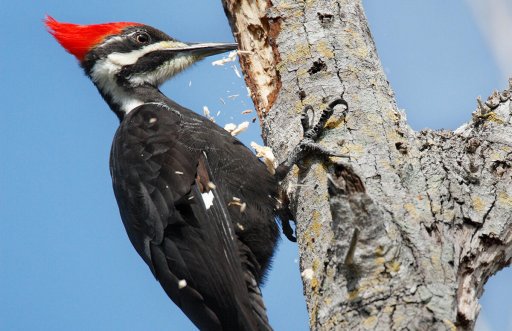 Above: the woodpecker, mortal enemy of bees everywhere

Here’s HD footage of birds in nature targeting bees when they are most vulnerable during mating season:

And here are a few top strategies to prevent ravenous birds from massacring bees in your beehives:

Wasps and bees have a long and storied rivalry. Wasps often are enticed to hammer a beehive in search of the honey contained inside — which, once they’ve discovered it, they will go to almost any lengths to access as a source of nourishment.

Here’s a great explainer video with some tips for keeping wasps away from your beehive:

Some tips to protect your beehive from wasps:

The Bottom Line on Beehive Protection From Animals

Fortifying your beehive against an array of animal threats is essential to maintain the health and integrity of your hive and the bees that live there.

For more tips on how to keep animals away from your beehives or advice on a specific animal issue you’ve been tackling, don’t hesitate to contact Dadant & Sons — given our 180-year history of beekeeping in the family, we’ve seen it all.